You are here: Home / Staff Bios 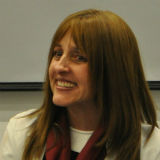 Her television credits include Head of the Class and America’s Most Wanted, where she directed numerous film re-enactments, helping to apprehend fugitives.  Robin co-wrote the screenplay, The Spark, about a Jewish girl’s search for faith, which was selected to participate in the Sundance Institute Writers Lab.  Research for this project led to Robin’s own journey of faith, more than 22 years ago, when she became a Baal Teshuva.

Her groundbreaking feature films, A Light for Greytowers, The Heart That Sings and Operation Candlelight, intended for audiences of women and girls, have garnered international press acclaim and been official selections at the Jerusalem Jewish Film Festival, Atlanta Jewish Film Festival, and Ashkelon Jewish Eye Film Festival.  Robin has served as Artistic Director for Kol Neshama Performing Arts Conservatory, which she founded, since its inception in 2000.

She lives in Los Angeles with her husband, Levi Yitzhaq, and their two children. 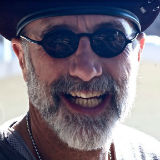 Levi Yitzhaq Garbose (Producer, Composer, Lyricist) is a graduate of the University of Massachusetts, Amherst, and attended Hadar HaTorah Rabbinical Seminary in Brooklyn.  He studied banjo and bass at the Faunt School of Music. His original songs, composed for the feature films A Light for Greytowers and The Heart that Sings, have been enjoyed by women and girls worldwide. Levi has been running Kol Neshama with his wife since 2001. His responsibilities include overseeing kitchen and custodial, as well as transportation needs.